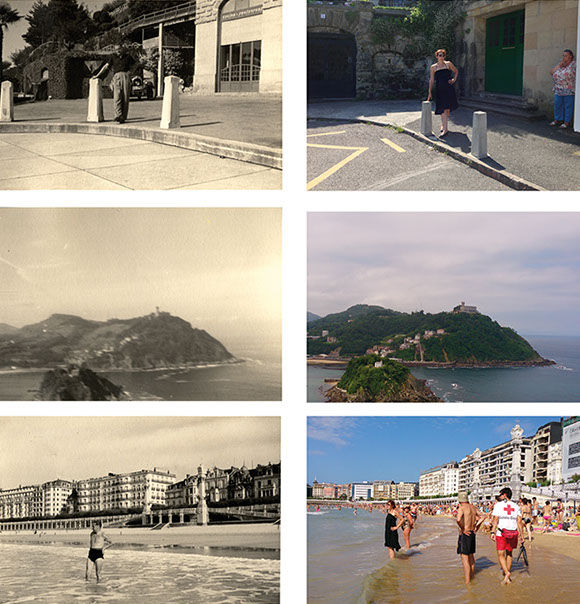 Second hand journey is a project based on travel memories as well as on questions of the credibility of memories.

My grandfather went on three train trips through Europe in the 1950s, that’s what postcards and photos are telling us. Knowing that I was seeing only a tiny, blurred, not really significant detail, it seemed interesting for me to retell it through “overtravelling”, meaning travelling the same route and “making up” in the sense of completing where necessary. The project took me on the same or on a similar itinerary. While working on it in different media, mostly painting, finds, own memories and fiction were part of the process as such. This way, the individual story of the grandfather changed and lost more and more of its importance along the way; gaps were filled with own experiences and fictive memories. I became more interested in the process of remembering, the fragility and altering of memories, and how far we can trust even our own memories.

Neuroscientific findings, like replay, preplay, place-cells, false recognition or the change of memories, were important throughout the project and were worked on in different ways.

Generally speaking, the principle of overlapping and rewriting of elements of the memory is reflected in the collage-like process of painting. One perspective dissolves and gives space to more perspectives and overlapping. The works are projections of spaces without claiming to be reality, of authentic depicting, based on the actual impossibility to depict space and memory.

Alexandra Wedenig developes an Experimental Short – Documentary within the context of the project.